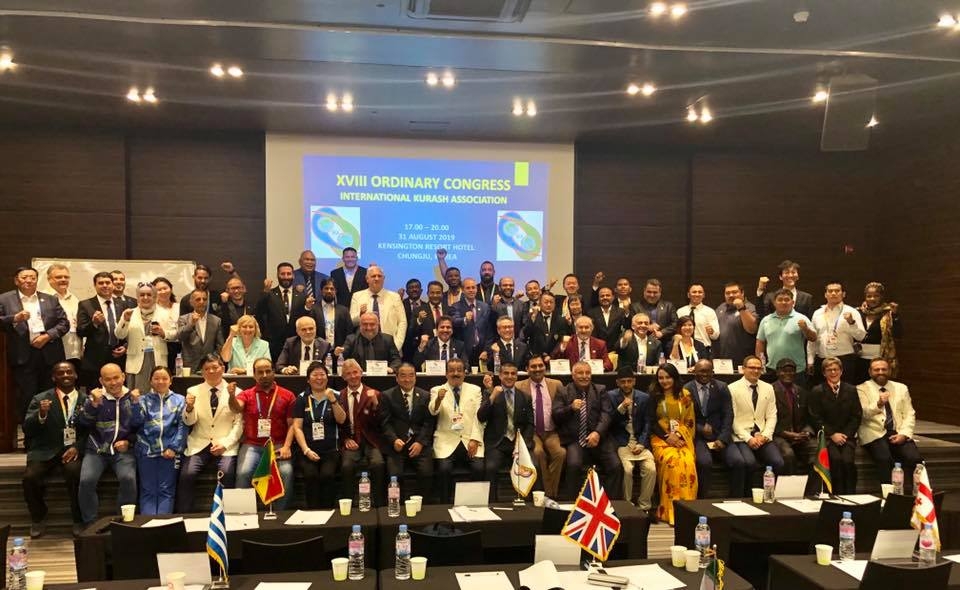 International Kurash Association held its XVIII Ordinary Congress on August 31, 2019, in the city of Chungju, the Republic of Korea.

The agenda of the meeting included a number of important points related to the activities of the Association aimed at the development of the Uzbek National Sport Kurash in the international sports arena.

Members of the Congress – heads and representatives of national Kurash federations from around the globe heard reports of IKA President, Vice-Presidents and members of the Directing Committee on their activities over the past year.

The Congress amended the IKA’s Statutes by removing two posts of “IKA Chairman” from the Directing Committee. The purpose of this decision is to introduce more clarity to the IKA’s management structure so it meets high international standards of good governance and the Olympic Charter.

Congress members also approved the chairpersons of the Standing Committees of the International Kurash Association for the next four years:

Congress members also reviewed technical and sports matters. In particular, a presentation was made on the new rating system, which will enable players to accumulate points on the basis of places won by them at world and continental championships, continental and regional Games, international and continental tournaments. This new system is planned to be launched on an online platform next year.